From 6 to 8 October 2015 Deutsche Messe was for the first time staging the two trade fairs BIOTECHNICA and LABVOLUTION in parallel at the Hannover Exhibition Center. The next BIOTECHNICA/LABVOLUTION event is to be scheduled for spring of 2017.

Nearly 10,000 trade visitors travelled to Hannover to take advantage of the business opportunities offered by BIOTECHNICA as the European networking hub for bio­technology and life sciences and the first-ever LABVOLUTION (the World of Lab Technology), making the inaugural staging of this dual event a solid success. The new LABVOLUTION showcased lab technology for customers from the chemicals and pharmaceuticals industry as well as from environmental engineering, quality assurance and the food industry, while BIOTECHNICA remained focused on biotechnology and the life sciences. The next exhibition is scheduled for 16 to 18 May 2017.

- Our strategy of jointly staging LABVOLUTION and BIOTECHNICA has paid off.  With LABVOLUTION putting the focus squarely on lab technology, we are now giving this high-interest topic even stronger coverage, while at the same time attracting new business sectors to the show. This is a logical extension of the established BIOTECHNICA format, which has served as a central networking hub and magnet for the biotech industry.” The debut edition of LABVOLUTION drew more than 100 exhibitors to Hannover – over 40 percent of them from abroad - reported Dr. Jochen Köckler, Member of the Managing Board at Deutsche Messe. 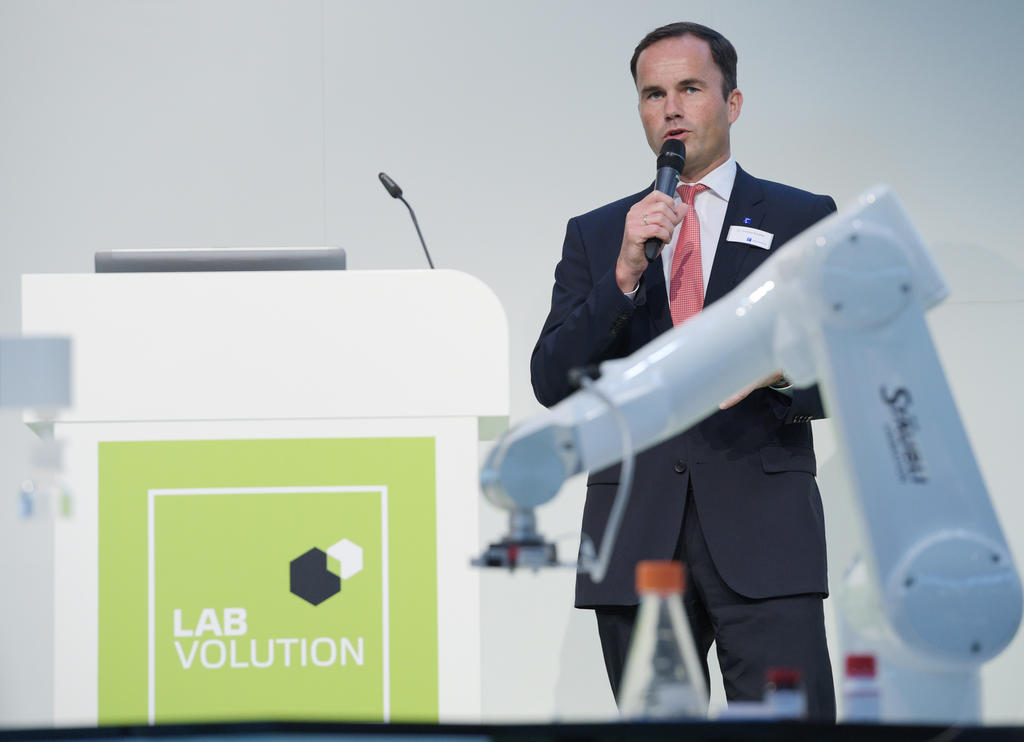 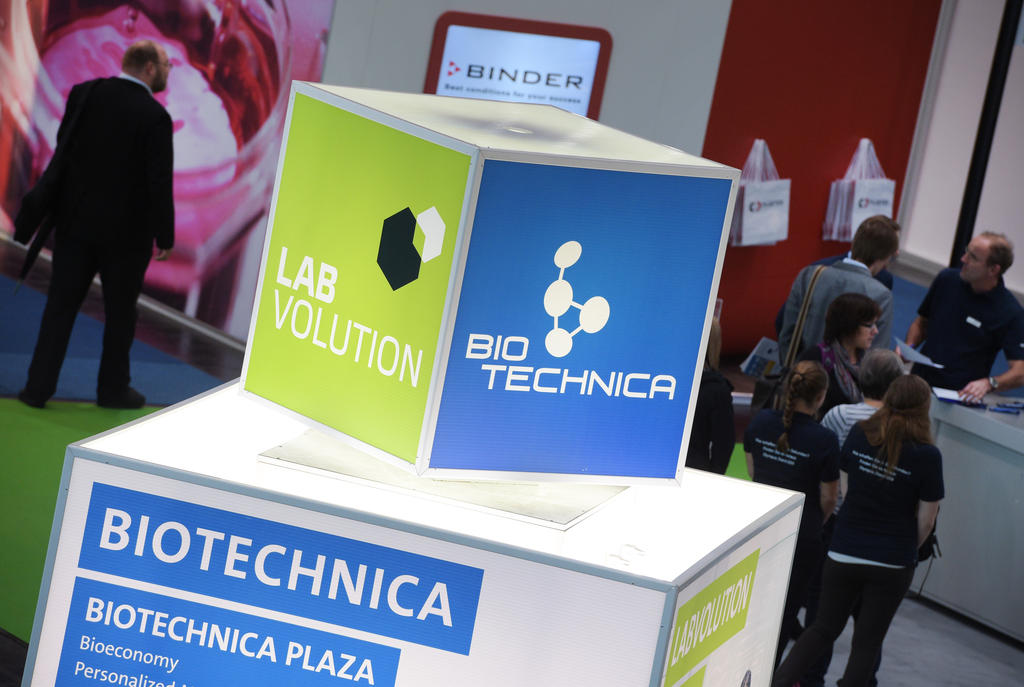 The hottest topic at the three-day event was digitization and its consequences. Accordingly, the biggest visitor magnet proved to be the special display entitled “smartLAB – the intelligent lab of the future” staged within the LABVOLUTION fair. The fully integrated smartLAB demonstrated how the use of software, automation, robotics, augmented reality, wearables and big data are set to change everyday lab routines across a wide variety of applications. 12 partners from industrial enterprises as well as from the R&D community teamed up in the staging of smartLAB, and trade visitors rewarded their efforts by taking extensive advantage of the chance to explore and debate the future of the laboratory in a series of smartLAB forum talks. 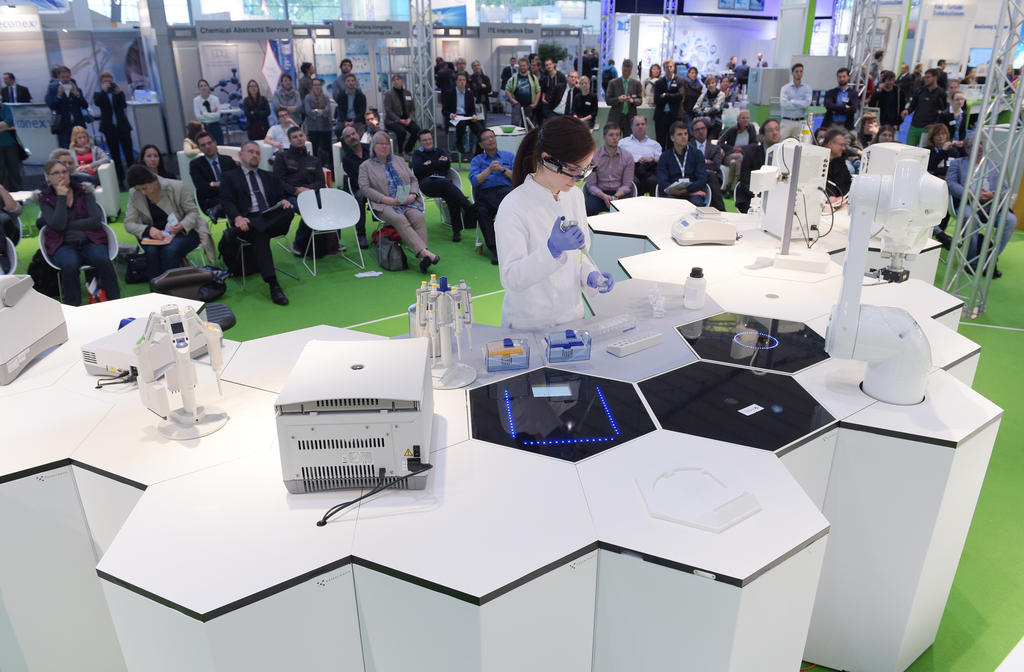 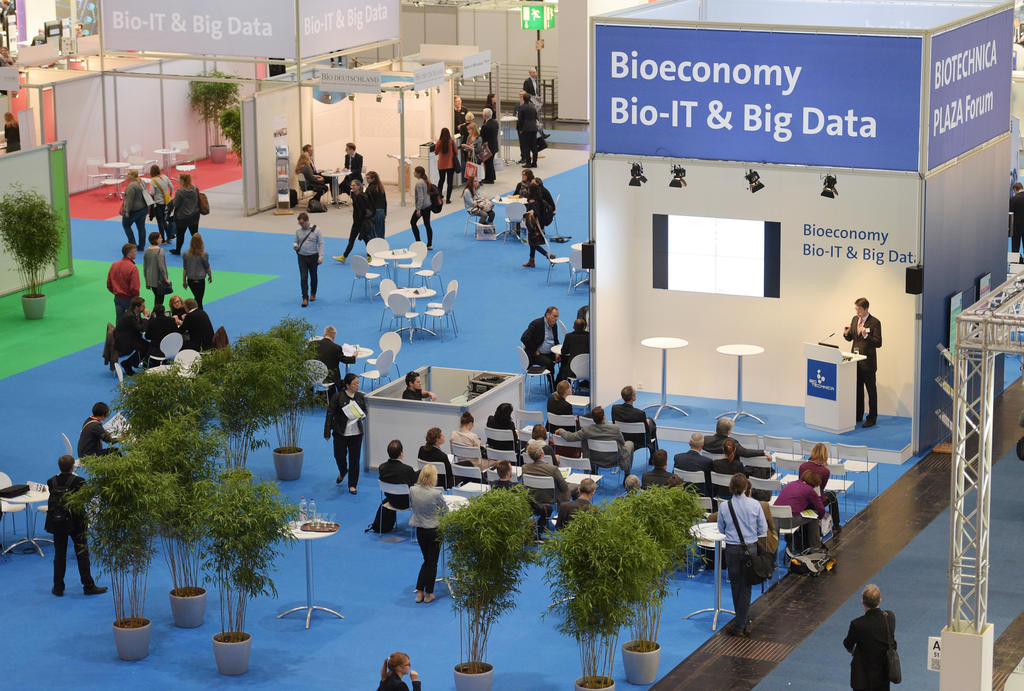 Among the highlights at BIOTECHNICA was the new BIOTECHNICA Plaza, which served as a central hub for knowledge transfer and networking – both high on the agenda for future editions of BIOTECHNICA, as well. The BIOTECHNICA Plaza featured a new approach: It addressed all of the show’s overarching themes at a single location and offered conferences geared specifically to the key topics of the bio-economy, personalized medical technologies and – for the first time so prominently featured – Bio-IT.

With attendance by some 10,000 professionals, the 2015 event was with a somewhat higher percentage of visitors coming from outside of Germany. The event drew a greater number of visitors not only from other EU countries, but also from North America and Asia. A visitor survey revealed that of all German trade visitors, just under half came from northern Germany. BIOTECHNICA/LABVOLUTION 2015 was also found to have attracted a greater percentage of high-level executives, with one out of every four trade visitors playing leading roles in their organizations. 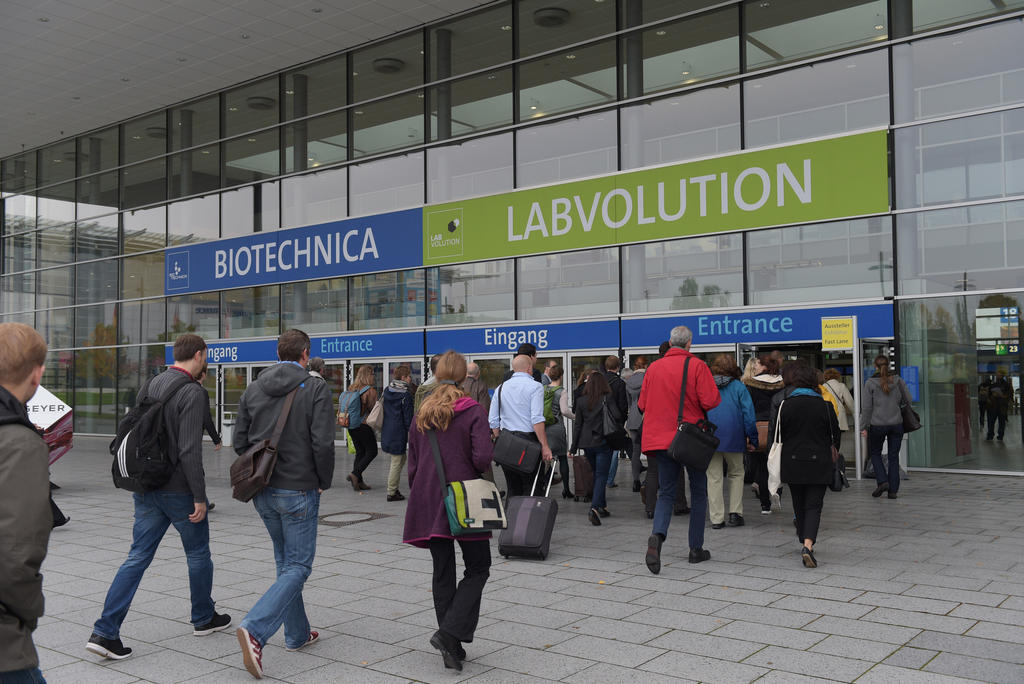 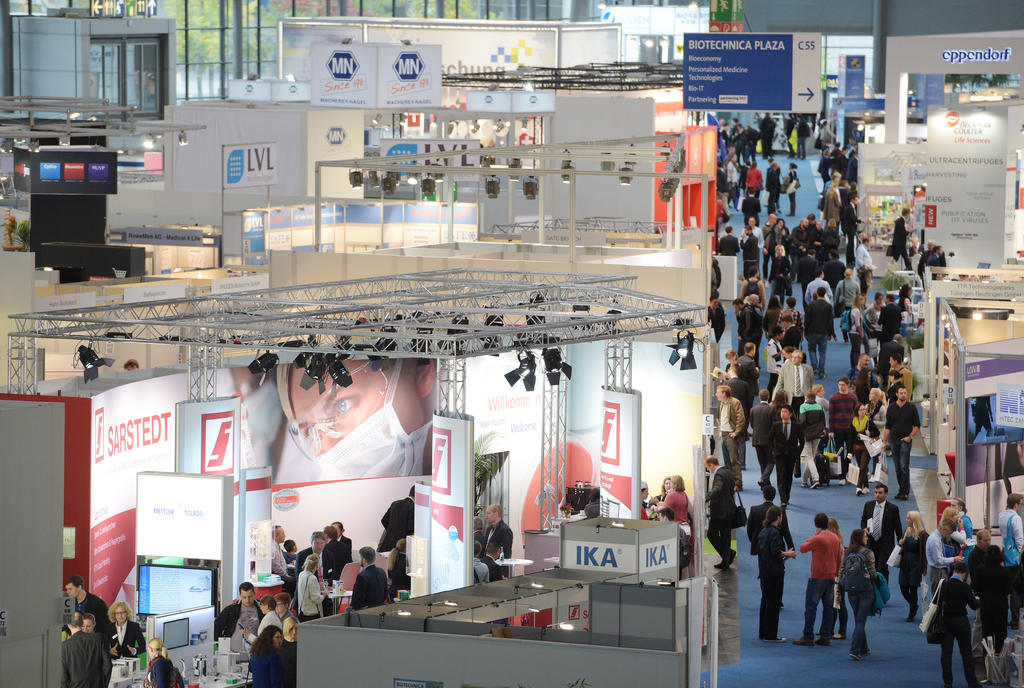 The Hannover event featured key companies like Analytic Jena, the IBM-owned Aspera, Bruker Optics, Büchi Labortechnik, Carl Zeiss Microscopy, Ewald Innovationstechnik, Eppendorf, GE Healthcare, Hamilton Robotics, Merck Millipore, Mettler Toledo, Sarstedt, Tecan, Testo and Qiagen. The special smartLAB display was staged with contributions by the likes of Eppendorf, the Fraunhofer Institute for Manufacturing Engineering and Automation, Merck, Köttermann, Sartorius, Stäubli Robotics and the Institute of Technical Chemistry at the Leibniz University of Hannover. A highlight at the event consisted of the presentation of the EUROPEAN BIOTECHNICA AWARD to the Swiss-based firm Molecular Partners AG during the BIOTECHNICA/LABVOLUTION reception on the first night of the show.

With revenue of 280 million euros (2014), Deutsche Messe AG ranks among the world’s ten largest trade fair companies and operates the world’s largest exhibition center. In 2014, Deutsche Messe planned and staged 134 trade fairs and congresses around the world – events which hosted a total of over 41,000 exhibitors and some 3.6 million visitors. The company’s event portfolio includes such world-leading trade fairs as CeBIT (IT and telecommunications), HANNOVER MESSE (industrial technology), BIOTECHNICA (biotechnology), CeMAT (intralogistics), didacta (education), DOMOTEX (floor coverings), INTERSCHUTZ (fire prevention and rescue), and LIGNA (wood processing and forestry). With approx. 1,200 employees and a network of 66 representatives, subsidiaries and branch offices, Deutsche Messe is present in more than 100 countries worldwide.